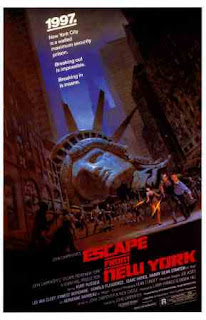 Half of the draw of a genre pic is its set-up and the other half is its poster, and I'm not sure that ESCAPE FROM NEW YORK's absurdly awesome intro and one-sheet can be matched by ANYTHING. Manhattan island as a post-apocalyptic free-for-all Alcatraz led by a chandelier-car driving Isaac Hayes?! 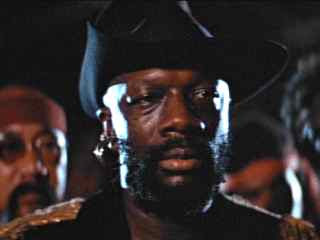 President Donald Pleasence is kidnapped inside this hell zone, 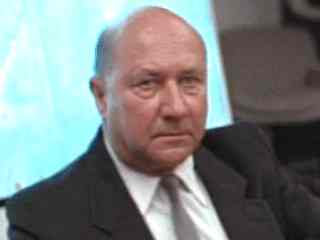 and must be saved by a pissed-off, eye-patch wearing Kurt Russell (the same eye as CAPTAIN RON, I might add) 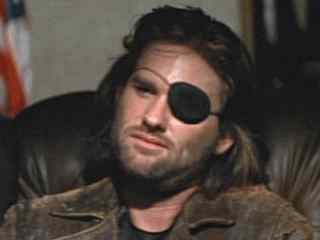 while an earring-wearing surly Lee van Cleef pulls the strings?!? 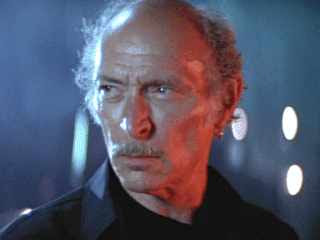 Holy shit, where do I sign up??! And I haven't even gotten to an oddly-enunciating Harry Dean Stanton, 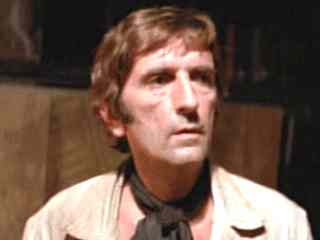 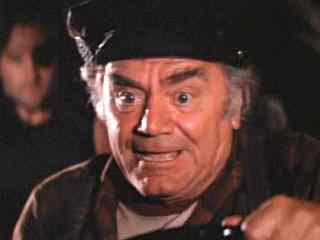 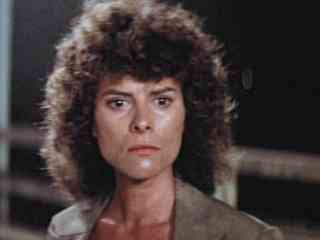 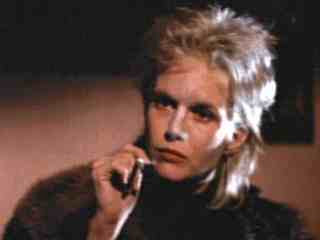 or a totally freaky Frank Doubleday, basically playing a more post-apocalyptic version of his role in ASSAULT ON PRECINCT 13. 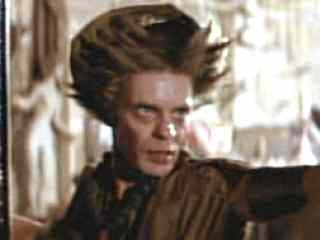 And the poster launched a thousand kids' morbid daydreams- a ruined metropolis with the impossibly large severed head of the Statue of Liberty lying off-kilter on the pavement like roadkill as a horde of sewer people menacingly swarm the streets? 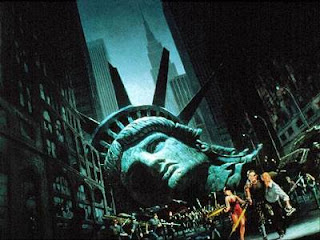 God-damn, what an image! And the soundtrack! John Carpenter's soundtracks are always simple, badass, catchy, and perfect at setting the tone. A twangy synthesizer stinger as a homicidal bum runs by in the background is the ideal blend of sound and image, as far as I'm concerned. There's epic gladiator duels, Molotov cocktails, and the exchange, "Plissken? Plissken, what are you doing?" -"Playing with myself! I'm going in." And you know a movie's awesome when it catches the eye of Italians, and then they create an ENTIRE GENRE devoted to it. 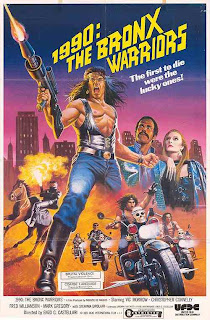 That's right. Directly in ESCAPE FROM NEW YORK's wake followed 1990: BRONX WARRIORS, THE NEW BARBARIANS, ESCAPE FROM THE BRONX, 2019: AFTER THE FALL OF NEW YORK, HANDS OF STEEL, and many others that should make you twitter like a little girl in her petticoats.

ESCAPE FROM NEW YORK is epic, epochal, and, like much of Carpenter's work, delivering a giant middle finger to the status quo while diguised as mindless entertainment. "You going to kill me, Snake?" -"Not now, I'm too tired. Maybe later." Five stars.

COMING SOON: Reviews for ESCAPE FROM L.A., and a number of those petticoat-twittering Italian films I mentioned earlier.

I'm liking your site here. I especially like your review of The Park is Mine. I happen to be writing a review on that now.

The soundtrack on this film , yes. yes, and yes.

i guess anyone who wears an eye patch should be greeted with "aren't you snake plissken?"